The Struggle of Being a Confident Woman 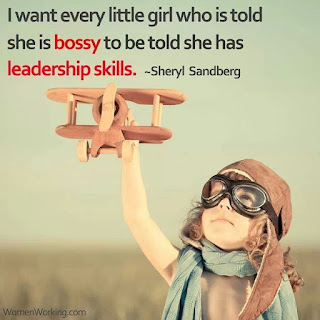 Why does society continue to frown up a confident woman?  Parents raise their daughter to be confident, but as adult women we're reminded to stay humble.  Finding the perfect balance can be quite the struggle especially as a female in the workplace.


Certain roles within the workplace were designed for women to assist the man with the larger task i.e. secretary, nurse, or hygienist.  These jobs are all very important, let me make that clear.  However, a woman is more accepted in those positions and may not face some of the same critiques if she aspires to a leadership position.


I've never known what I wanted to do with my life, but I always knew I liked being in charge.  I was drawn towards the jobs with more responsibility and the ability to lead others.  It didn't take long to realize that I was going to have to work twice as hard to be seen as a candidate in some roles.  I saw it as an enticing challenge, though, and held my head high as I climbed that corporate ladder.


I was raised to be an assertive adult.  Because of that, I tend to be perceived as outspoken.  If standing up for yourself and others who can't find their voice is outspoken, then, sure, I'll take that.  My "outspokenness" has done a lot of good in my career.  I've gotten people hired, promoted, and recognized for their hard work.  I've found solutions in the workplace that were otherwise overlooked or kept inside a closed mouth.  Admittedly, I've also contributed to one person getting fired, but I was looking at the big picture of the company at the time.


I'm very confident in my decisions and actions.  I am not afraid to speak up in a meeting or in front of a group of people.  Because of this confidence, I'm often referred to as bossy or as a bitch.  I've been instructed to watch the way I speak to people.  I overcorrected it so much at once point that I was then asked why I was being so quiet.


In the past three years, I've worked very hard to find the balance of being an assertive female, but also choosing my words carefully.  I know that many of the things I say would be viewed appropriate by a man.  I'm not afraid to work on myself and listen to the constructive criticism of others, though. 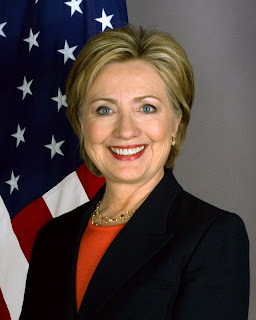 I know I am not alone in this struggle.  A lot of these challenges are playing out as Hillary Clinton campaigns to be the first woman President of the United States.  Now...I'm not saying I agree with Secretary Clinton on everything, but I think a lot of her actions and mannerisms would be overlooked if she were a man.  She's playing "the game" as well as a man at this point and people do not like it. 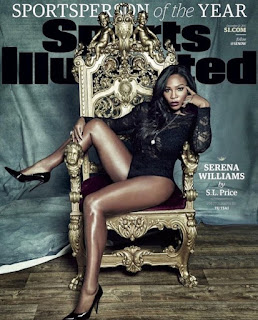 I see women in sports such as Serena Williams judged on every reaction she has following a match...win or lose.  Even worse, she is judged for her appearance instead of her athleticism (but that's an entirely different blog...).  Pat Summitt was an incredible coach and leader to her players.  She did not sugar coat her words and refused to change her coaching style.  Some saw her as too harsh, but her legacy lives on through her former players and assistant coaches. 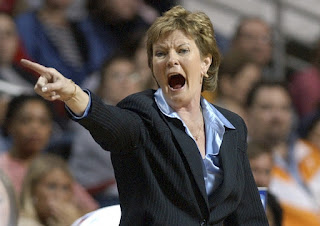 I wish I could wrap up this blog with some sort of cute tagline or "Top 5 Things to Know if You are a Bossy Bitch" but, unfortunately, I haven't figured that all out yet.  The best advice I can give to my fellow confident women is to keep speaking up.  Some people may cringe at your assertive ways, but plenty of others are applauding you for taking a stand.  Fight for those who support you; not those who frown upon you.


Posted by Naively Confident at 12:57 PM